We are using cookies to give you the best experience on our site.
By continuing to use our website without changing the settings, you are agreeing to our use of cookies.

The Supreme Court has ruled that ruled in Owens v Owens that a 68-year-old wife seeking a divorce, must stay married to her husband for the time being, despite judges stating that this generates ‘uneasy feelings’ amongst the bench. 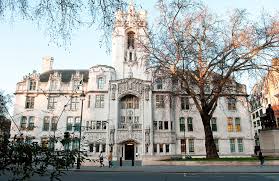 Mr Owens’s legal team successfully argued that Mrs Owens had ‘radically interpreted’ Mr Owens’ behaviour in order to file for divorce under the unreasonable behaviour requirement. This defence had now led the Supreme Court to rule that the couple must stay legally married until 2020, when the couple would have lived apart for five years, which would not allow any defence to the divorce petition.

The Supreme Court Justices have called on Parliament to make a change to the current divorce laws, which at present do not have any provision for a no-fault divorce. Supreme Court President, Lady Hale, stated ‘it is not for us to change the law laid down by parliament – our role is only to interpret and apply the law that parliament has given us’.

A representative from Resolution, the family law mediation specialist group stated that whilst the Supreme Court has, reluctantly, applied the law correctly, the fact that they have done so confirms there is now a divorce crisis in England and Wales, and the government needs to take urgent action to address it.

Such a ruling in the Supreme Court is now likely to put further pressure on Parliament to modernise the divorce laws. However, if and when such a change is to be made, remains to be seen. If you require expert advice and assistance on any matrimonial matter, please contact our specialist team on 01792 648111 or mail@johnmorse.co.uk.