We are using cookies to give you the best experience on our site.
By continuing to use our website without changing the settings, you are agreeing to our use of cookies.

A High Court judgement recently decided on an Inheritance dispute between two stepsisters which hinged on which of their parents by ruling that the younger parent legally outlived the older. 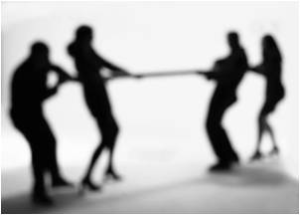 The deceased couple both died from hypothermia in their home around three years ago and it is unknown which of the couple died first. Given the law governing jointly owned assets, entitlement to the couple’s estate depended on the sequence of their deaths.

Section 184 of the Law of Property Act 1925 creates a presumption that the oldest person died first in cases where the order of death is uncertain. The Court considered this along with old case law relating to ship-wrecks and WWII air raids. The High Court ruled that there was not sufficient evidence for displacing the statutory presumption that the oldest died first.

For further advice and information in respect of Inheritance claims, please contact us on 01792 648111 or at mail@johnmorse.co.uk